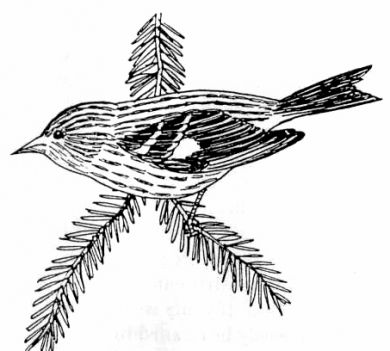 A favorite winter bird that generally arrives in the Midwest and Great Plains states in late November to early December that has a huge appetite for Nyjer seed at our thistle feeders is the Pine Siskin. Many of these birds breed from southern Alaska across Canada to Newfoundland down to the upper Great Lakes region and over to northern New England. They are also common in the higher elevations of mountainous areas in the Rockies and western states. Their preferred northern habitats are the coniferous and deciduous forests and woodlands in the threatened Boreal Forests to the north. They wander south throughout the United States during the winter months in search of available food resources. Some years they may appear as far south as Tennessee and Arkansas and beyond. This southward movement of northern birds during the winter months is known as an irruption and the Pine Siskin are the most common of the irruptive winter finches. But they can be sporadic visitors. These visits in the winter by Siskins are cyclic and likely related to the annual seed production in the northern forests. It seems as it is every two to three years they appear in large numbers. This correlates with a low production of seeds in the north about every two years. That is when Pine Siskin drift south in search of food during the winter.

The Pine Siskin is a small finch that reminds me of a dark goldfinch with stripes. It is slightly smaller than the Goldfinch, averaging just a half ounce in weight, with a brown body and dark streaks. Siskin have two white wing bars along with yellow patches on the wings and rump. These yellow patches are not always visible when they are in their basic plumage. The tail is slightly notched and the bill, longer than that of a Goldfinch, is slender and pointed. They are monomorphic meaning that both sexes have a similar appearance.

During the breeding season the female will build a nest in the shape of a shallow saucer made of twigs, grasses, and rootlets lining it with soft hair, feathers and thistle down. The nest is concealed far out on the end of a tree branch as high as 50 feet above the ground. Being somewhat of a communal species there will commonly be a number of Pine Siskin nesting within a few feet of each other, often visiting each others nest.

Once the female has completed the nest she will lay 3 to 5 greenish blue eggs with black and brown spots. The female will then continuously incubate the eggs for 13 days leaving only for very brief periods. The down she has lined her nest with will help keep the eggs warm during these short trips from the nest. While she is on the nest the male will feed her. After the eggs have hatched the young Siskin will remain in the nest for another 15 days before fledging. She will feed them insects, but once they have left the nest seeds will become the main diet. Pine Siskin are quite nomadic in their nesting habits. They may nest in one area one year, then the following year they may choose a site hundreds of miles away. Normally birds that migrate have a tendency to return to the same area year after year to nest. But not the Pine Siskin. That may be another reason we cannot depend on them returning to our yards on a regular basis in the winter.

Pine Siskin have a very diverse diet foraging on the ground and in trees. They will feed on the seeds of trees such as alders, spruce, birch and ash, but also on a variety of weed seeds, wildflowers, and buds. Insects and spiders make up the balance of their diet. They have also been seen drinking at sap wells drilled by sapsuckers.
They are attracted to backyard bird feeders where their preference seems to be Nyjer thistle while other favorites include white Proso millet, black oil sunflower seeds, and hulled sunflower seeds. Occasionally they may even be seen on suet feeders. At the bird feeder they are often aggressive towards other birds, even those much larger than themselves. But it is a joy to have them around as they are very entertaining to watch. They appear to be somewhat tame around human activity. Once while cleaning my avian pond a number of them perched on the rocks around me chattering as if interested in what I was doing. They are swift fliers that travel in compact flocks and as with the Goldfinch, can cling upside down to feed.

Will we be blessed with Pine Siskin at our bird feeders this winter? Its hard to say. As of the publication of this news letter I have seen several Pine Siskin at the feeders. If in fact flocks of them do arrive they will remain with us until the first or second week of May at which time they will return to their summer range to the north to nest.

The Pine Siskin has suffered a significant annual decline in population in some areas since 1966, according to the Breeding Bird Survey. However due to the irruptive nature of this species, populations vary widely from year to year, and trends can be difficult to identify. Parasitism by Brown-headed Cowbirds may have a significant impact on the Pine Siskin productivity as forest fragmentation has increased their contact with cowbirds. Maintaining large tracts of coniferous forest will help keep this bird common as cowbirds rarely venture into deep wooded areas.

• Since Pine Siskin may move to different nesting areas each year, it is common that if they have located a sustainable food source during the winter they may remain near it to nest, far south of the normal range.

• Pine Siskin are very social birds. They will build nests adjacent to each other, with only a few feet in between them. Except during the egg laying period they will even visit the nests of other Pine Siskin.

• The name Siskin is derived from its sound or chirp. Thus, this bird’s common name is really “pine chirper”

• A group of finches has many collective nouns, including a “charm”, “company”, and “trembling” of finches.