March is the beginning of one of the most spectacular and exciting times when it comes to watching birds. It starts this month with Robins, blackbirds, Meadowlarks, and 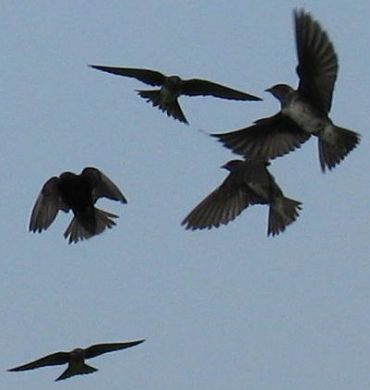 bluebirds. Water fowl from geese to ducks are on the move, and the Sandhill Cranes will be returning to the Platte River in Central Nebraska. Most all these birds will be sporting their breeding plumage making them brighter, and easier to identify. As the nesting season draws nearer, the winter flocks of birds will start to break up and return to their normal nesting grounds. During the winter these birds form loose flocks and travel together, sometimes with other birds, often staying together until this time of year.

After March the songbirds and shorebirds will be migrating. Some will just be passing through headed far to the north, while others will remain to nest and raise families in the plains states. Songbirds will continue to migrate until the first of June. In Wild Bird Habitat’s April newsletter we’ll tell you what to look for and where some good local birding hotspots are.

Two frequent questions people ask this time of year is about orioles and hummingbirds. It is a ways off yet. Oriole feeders containing oranges, jelly, and nectars, should be made available by April 16 to 25 to attract them as they arrive from the tropics looking for food sources.. You may need to freshen these products a few times, but being ready early will pay off. As for hummingbirds, again timing is important. Hummingbird feeders should be in place by Mother’s Day if not the week before. But keep in mind that weather can influence the exact time these Neo-tropical favorites arrive. Just keep it fresh and you should be rewarded with their appearance. We have Nebraska’s largest selection of Oriole and Hummingbird feeders and all those needed supplies.

Here we are talking about migration already but winter weather may be a long way from over. March can produce some significant snows across the Central Great Plains and Midwest. These storms can create problems for the early migrants to our area. Already in February I saw large flocks of American Robins arriving. Bluebirds should be returning this month joining their brave cousins that wintered over. By mid to late March those folks with Purple Martin colonies will be scolded by these birds until they open the doors on the martin house.

But if a sudden snow storm erupts during March, or if the weather is damp and cold, those birds that have arrived and which feed exclusively on insects will retreat south as far as they need to go to locate food. The one exception is the Tree Swallow. This aerial acrobat that catches insects on the wing can survive on seeds if necessary.  It is the longer daylight hours which triggers the urge for migratory to return to their breeding territories. But those that arrive in early spring are vulnerable to late winter storms. For example Sandhill Cranes have been known to perish by the hundreds when caught in a Nebraska March blizzard. All we can do for many of these birds is hope for the best.

If we get a March snowstorm keep the feeders well stocked, supply some grit for the birds, and make sure open water is available. Now is as good a time as any to purchase a bird bath heater, or replace the one that just doesn’t work as good as when it was new. All bird bath heaters and de-icers, as well as all our heated bird baths will be on sale the month of March. You will probably get some use out of them yet this year, and will be ready to go next winter.

If you feel you have had fewer Goldfinches at your Nyjer thistle feeders than in previous years, that is all about to change. We have been enjoying the Northern population of Goldfinch over the winter months. Our resident Goldfinch, many who drift south for the winter, will be returning this month, usually by the second week. It is easy to double the population at the feeders when their return. March is the month when the olive drab feathers of the male Goldfinch will be replaced with the bright canary yellow feathers. At first the male Goldfinch will appear blotchy until the full beauty of his breeding plumage is revealed. It will be May before the northern populations we have enjoyed begin to follow the dandelion bloom back to their breeding territories. This might be a good time to add another thistle feeder to avoid over-crowding.

Occasionally a customer may ask where all the birds are. In fact I am a bit puzzled by the few birds I have had at the feeders over the past few weeks. The lack of birds at someone’s bird feeders this time of year can be somewhat of a mystery. I am not sure if anyone has the correct answer as to why some birds abandon our offerings in what seems to be a well-protected area with plenty of their favorite types of food.  It could be a persistent hawk on a daily patrol, a roaming cat, or just a coincidence. Lack of heavy snows this winter has left natural foods available and birds will take advantage of those resources. Backyard bird feeders only provide about 25% of a birds diet. But it may remain a mystery why sometimes birds abandon our bird feeders for periods of time until we start thinking like birds. Usually these “dry spells” of few birds at your feeders only last a short while.

One thing is for certain. These natural foods that have been available with the lack of snow cover are rapidly being depleted. As natural food plots become harder to find the birds will retreat back to the feeders and it will take an entire growing season before these natural foods become plentiful again. This is all the more reason to maintain a bird feeder, or several bird feeders, all year round.

Many of us have missed enjoying our winter visitors from the north this year. In fact many winter birds we typically enjoy called irruptive species such as; Pine Siskin, Red-breasted nuthatches, crossbills and others have been sparse. There was certainly enough snow in the northern states and Canada that we would expect to see these birds in good numbers.

Bird populations and distribution is not static. Populations rise and fall. Birds can disperse and move great distances at a moment’s notice. Maybe it was the long periods of extreme winds blowing from the north across the Great Plaines that carried many birds further south. Birds will utilize tailwinds to migrate as it takes much less effort and conserves energy. Did they sense the impending record cold temperatures that were to grip the majority of the Northern States so they went further south? With all that is known about birds there is still many unanswered questions. They are such remarkable creatures.